Find out if you have a predisposition to cancer: it’s not an ovary-action!

Cancer destroys the lives of so many people. It affects adults, children, healthy people and the elderly, and it changes lives forever. Cancer can develop in all parts of the body, and many types of cancer often go undetected until it is too late. Some cancers also have few indicators of its presence in the body, making it even more devastating for victims and their families. One such cancer that is often not diagnosed until it is in its late stages is ovarian cancer.

Anyone who is experiencing these symptoms, or has concerns, should see their doctor to discuss. 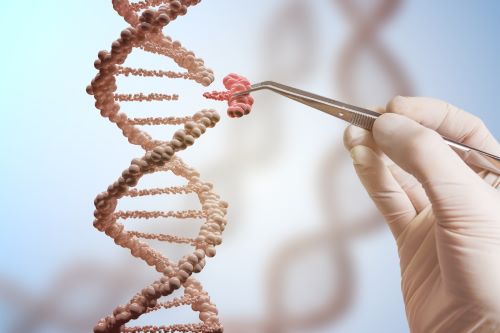 February is Ovarian Cancer Awareness Month, a time to highlight this disease which takes the lives of around 3 women each day. This month is a timely reminder for Australian women to be aware of the often undetectable signs, to educate themselves and others about the causes, symptoms, as well as sharing stories that inspire, and to support treatment and research.

One way to discover your predisposition is to undertake EasyDNA Australia’s Genetic Predisposition Test, to discover whether or not you have a genetic tendency to developing ovarian cancer.

The test is as simple as getting a blood draw, from which your unique DNA is extracted and analysed. When you receive your results, they will reveal your genetic predisposition to a number of hereditary cancers, including ovarian, prostate, colorectal, and some skin cancers. Additionally, the test screens for 34 other commonly occurring cancers and conditions, associated with aging, your immune system, cardiovascular issues, and other forms of cancer.

The colour associated with Ovarian Cancer Awareness Month is teal. Teal Ribbon Day is held on the last day of February, to honor those we have lost to ovarian cancer, and to shine a light on awareness for women in the future. You can get involved in a number of ways, outlined on the Ovarian Cancer Awareness website. Raising awareness can be as simple as hosting a teal themed lunch in your home or workplace, with a gold coin donation.

EasyDNA Australia is a proud supporter of Ovarian Cancer Awareness Month, and Teal Ribbon Day.
Let’s get real with teal this February, and help to raise vital funds that will help research into this devastating disease.

Out With The Old And In With The New: Make 2021 a Year About YOU! March Ahead for Down syndrome Awareness!

March Ahead for Down syndrome Awareness!